Historic Mansfield Cinema – finally closed in May, 2007.
Demolished for shops in 2009.

The Mansfield Historical Society Inc. was established in its current form in 1983 and until November 2006 was located in the old Library Building at 66 Ailsa Street. They have now in the old Mansfield Railway Station at the gateway to the town.  A changing display of historic photographs of Mansfield and District has been set up.

Work and research will be conducted from the Station and the building at 66 Ailsa Street will be retained for storage of the collection. 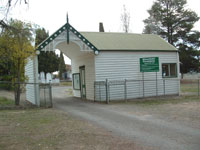 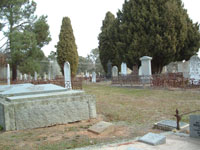 For information about the extensive historical resources, including an index of the Mansfield Cemetery, go to the MHS Website –http://www.mansfieldhistoricalsociety.com.au/ 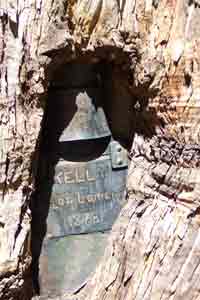 A mystery murder from the 1900s, still unsolved.

Many books have been written on the subject. Purchase a copy by local writers Keith Leydon and Michael Ray.

The Jamieson Historical Society was established in 1991, with its headquarters and Museum now in the building which was formerly the Jamieson Courthouse, built in 1864.

Local volunteers work very hard to preserve the history of Jamieson and the Upper Goulburn Region, which covers the area from Howqua through to Matlock and beyond.

The Society’s interest in this region covers the townships, settlements and ghost towns of Darlingford, Enochs Point, Howqua, Jamieson, Kevington, Ten Mile, Gaffneys Creek, A1 Mine Settlement, Woods Point, Matlock and beyond.

Heritage Walk – The brochure is available from many places throughout the Jamieson and Mansfield areas. The self-guided tour takes you around the town, visiting nearly 30 sites, and gives you an idea of the early days of Jamieson – once a thriving gold town.
Get your printable version of the walk, as well as details of scenic drives.

Museum location: 24 Nash St Jamieson
Hours: 11am to 3pm weekends and public holidays between November and Easter. Other times by appointment.
Bus Tours catered for mid week.
Admission charges are $2.50 adult, $1 for children

Prior to European settlement, the area is thought to have been occupied by the Youngillim or Wuywurrung Aborigines.  Explorers Hamilton Hume and William Hovell passed through the area.  In the late 1830s the Hunter and Watson Pastoral Company leased vast amounts of the Mansfield Valley and their employees were probably the first Europeans in the area.  The first run was established in 1839.  The run was subdivided into seven smaller stations in 1842.  The father of Dame Nellie Melba established a lime quarry on one of these allotments.

Mansfield began in 1846 as a designated stock route camp.  The town site was surveyed and lots sold in 1851.  The breadth of the main street was to enable bullock teams to do U-turns.  The settlement was named after early European settler Edward Mansfield and developed as a commercial centre for the many small gold-mining settlements established to the south in the 1850s.

After the initial rush, Mansfield settled down to become a service centre to a grazing, farming and timber-getting community.  One of the timber-getters who worked in the area for two or three years, following his release from prison in 1874, was Ned Kelly, Australia’s most notorious bushranger and perhaps its best-known figure.

In 1878, after an incident at the Kelly home, the 22-year-old Ned and his younger brother Dan, went into hiding in the Wombat Ranges just to the north-east of Mansfield.  Two police parties (one from Mansfield and the other from Benalla) headed into the mountains to capture them.

At Stringybark Creek (near Tolmie) on October 25, the two brothers, with two visiting companions (Steve Hart and Joe Byrne), surprised Constables Lonigan and McIntyre at their camp.  Lonigan had previously had a run-in with Ned at Benalla.  Ned called for them to bail up.  The unarmed McIntyre complied, but Lonigan jumped behind a log.  When he raised his head to fire he was shot by Kelly and died almost immediately.

Two other police officers from the party were out searching for the brothers.  McIntyre was advised that if he instructed his colleagues to surrender when they returned, they would be allowed to return to Mansfield, after donating their horses and guns.

As Constable Scanlan and Sergeant Kennedy rode into camp, McIntyre complied, but his actions were taken as a jest.  Kelly then appeared, demanding their compliance.  Kennedy leapt from his horse, firing.  After getting off one shot, Scanlan was killed by Kelly before he could dismount.  As Kennedy ran from tree to tree for cover he was shot in the armpit.  A second bullet pierced him close to his heart then Kelly, who had fired both shots, advanced and shot him directly through the heart which, he said, was to prevent further suffering before an inevitable death.

The Kelly Gang is outlawed. McIntyre escaped during the fracas to spread the news.  All four police officers were of Irish descent (like the Kellys) and all were considered outstanding members of the force.  The news shocked the country and caused considerable concern.  As a consequence, the gang members were outlawed with 500-pound rewards offered for each man, alive or dead.

Mansfield Police History
Mansfield Police buildings were originally gazetted in 1865.
The first Police Station was built at the present site during the 1880s.
In 1927 the old building was replaced, and the station was upgraded again in 1972.
During 1974 news came that the old buildings were to be demolished and a new station built, at an estimated cost of $45,000.
During this time the old Methodist Church in Curia Street was used as the temporary police station.
Around 1986 this ‘new’ residence was demolished.